Why Is Coding (For Kids!) Important in Singapore? 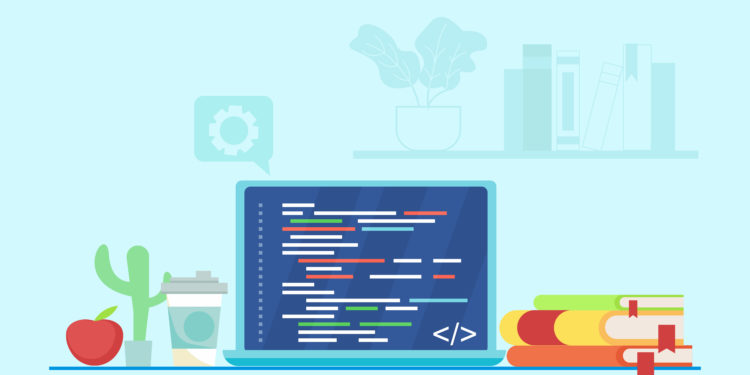 Last July’s announcement of compulsory coding classes being added to the MOE Upper Primary curriculum made waves in Singapore. Even though the ‘Code For Fun’ programme was just a 10-hour enrichment programme (and more importantly, non-examinable), it nonetheless renewed public interest (especially to parents) in Coding as an essential skill.

Questions started flying, from the casual to the serious:

Why should my kids learn coding?
Last time we learn excel, now they learn coding??
How is this skill going to be useful if my son is going to be a doctor?What’s all this about the digital economy? They’re children!

We spoke to Mr. Jonathan Ho, the founder of Graphite Academy to learn more about this phenomenon. Founded in 2017, Graphite Academy is a coding school that focuses on imparting the soft skills that work in tandem with coding. They’re known for their ‘Think Differently’ bootcamp, which focuses on nurturing the critical thinking and problem-solving skills that drive coding.

Mr Ho. says that with the original launch of the optional ‘Code for Fun’ Initiative in 2014, interest in coding had already been increasing. While it could be easy to discount the amount of resources that the Singapore government was pumping into making everyone, even children, digital citizens, a 2016 Straits Times article showed that ‘coding for pre-schooler’ classes were in high demand, with more classes each holiday season.

Why should my child learn coding?

For parents who don’t know coding, their image of programming can resemble a screen just like this:

They imagine a programmer who’s spent years learning coding, with zero social skills, engrossed only in his computer. That’s an outdated stereotype, and only serves to hurt everyone when we all depend on the internet for knowledge and information.

For Mr. Ho himself, the impetus to teach coding came from his personal experiences as a freelance instructor in Singapore schools. The Graphite Academy team comprises of ex-MOE teachers and other freelance instructors who have taught in Singapore schools, making them highly aware of how children learn in a classroom environment. Information and communication technology (ICT) classes, more commonly known as computer lab classes, have slowly been integrated into the school curriculum since 1997, with many schools using phones and tablets in their classes.

“From age 8 (or earlier), students will begin to familiarize themselves with the technology gadgets that we use on a regular basis. With this familiarity, students will (already) have the pre-requisites to learn coding.

I believe any (child) can learn coding if they understand the importance of the subject beyond the simple IT know how. Most students are open to learning! If they feel that they’ve learned valuable information, understand how it applies to their daily lives and have fun doing it, students will definitely be Interested.”

Just like other hard skills that are taught in school, such as Math and Science, a subject such as coding also comes with an underlying current of soft skills that students should take away.

“Problem solving, critical thinking, creative solutions to problems, resiliency and mental toughness. These are the essential skills that coding teaches. I strongly believe (and I’m sure my team does too) that such skills are essential in raising a successful individual. Why not start early?”

How is coding for children useful in the future?

While math and science have been ingrained as useful skills in Singapore regardless of a child’s future career or life choices, coding hasn’t experienced the same widespread popularity over the years. For parents who’ve gone through the shift from mass production to digital technology, many know of the very basics of programming, but there’s a common misconception due to everchanging landscape of digital technology.

Mr. Ho commonly hears from digitally-savvy parents that they fear the coding learnt in 2020 won’t be useful in another 10 years. “A lot of individuals who learnt coding languages many years back and are familiar with Pascal or Fortran…these languages are no longer in use today’, he says, and they worry that because of this, their children will also be learning coding that will become obsolete in the near future.

However, he disagrees that just because of that, children shouldn’t learn coding at all.

‘At Graphite Academy, we focus more on the process. We believe any great coding education company should focus on the process of learning. Once logical thinking process is mastered, it doesn’t matter if the most popular language being used changes tomorrow.
What matters is the logical thinking process. Once you master this process, you just need to refer to the reference manual of the program and you will be able to code per usual.
A case in point: “wait” blocks in different languages are represented differently, from “delay”, to “pause”, to “sleep”, but they all represent the same thing. “Wait.”’

Coding Software in Use

For example, his team teaches using mainly Scratch and Thunkable, both block-based visual programming languages and software, allowing students to utilise visuals to learn the cause-and-effect of programming.

However, Mr Ho is also very practical about the implications of making coding compulsory, as each child is different, and many of them may not actually become a programmer in the future.

‘I have a general message I start my lessons with, especially when I conduct classes for the Upper Primary and Lower Secondary students. My students who have gone through my classes know that I start class with the below statement:

“Whether you enjoy coding, or not, it doesn’t matter to me. If you like coding, great! Do well, pursue it and you will have a high value skill set. If you don’t like it, even better. Learn enough now so you don’t get left behind.”’ – Jonathan Ho, founder of Graphite Academy

Coding for children and the digital economy

What is the Digital Economy?

As per an article by Channel News Asia, “The World Economic Forum and the Group of Twenty define the digital economy as a broad range of economic activities that use digitised information and knowledge as key factors of production, modern information networks as an important activity space, as well as information and communications technology to drive productivity growth.”.

Currently, the workforce in Singapore is made up of digital citizens as well as Luddites. The Singapore government is continuously trying to get workers to upgrade themselves, investing an additional S$500 million into digital technologies on top of the $40 million digital economy sector in the Smart Nation plans. SkillsFuture and other government programmes aim to help workers upskill and embrace technology in their jobs.

However, mindsets are hard to change, and workers are also having trouble keeping up with the pace of technological change.  A 2019 survey by PwC showed that Singaporeans were 2nd in a list of 11 countries when it came to nervousness over the impact of technology on their jobs. Mr Ho doesn’t see the pace dropping, quoting the planned Digital District in Punggol, which is expected to provide 28,000 digital economy jobs. Many of these jobs will depend on coding, with demand for developers continuously rising.

This is where the Coding for Fun initiative comes in, preparing the next generation to manage jobs that will most likely be technologically based. A 2017 Straits Times article showed that children who learnt coding from a 10-week Google Code in the Community programme could develop complex apps. These apps covered topics and industries such as security (replicating NRIC numbers and encrypting messages) as well as racing (controlling the movement of race cars on a track).

“Coding for kids is extremely relevant if students would like coding as a career choice. I have a student from one of my classes who debugs programs for companies on his holidays and earns a small allowance for his work. This student is only 15 years old and learned coding from us.

With the Code for fun programme now being compulsory, I strongly believe that the coding and digital literacy amongst the next generation of Singaporeans will increase tremendously.”

In the end, Mr Ho sums up the digital economy and the impact of coding on our lives thusly:

“Many years ago, if you go into Macdonalds, you will see people queuing up at quite a number of counters and a staff taking your order.

Today, when you go into Macdonalds, you will see rows of machines taking your order. Do not get left behind.”

5 Galentine’s Day Activities For Your Squad

TUEETOR CHATS with Sharel Ng of My ...