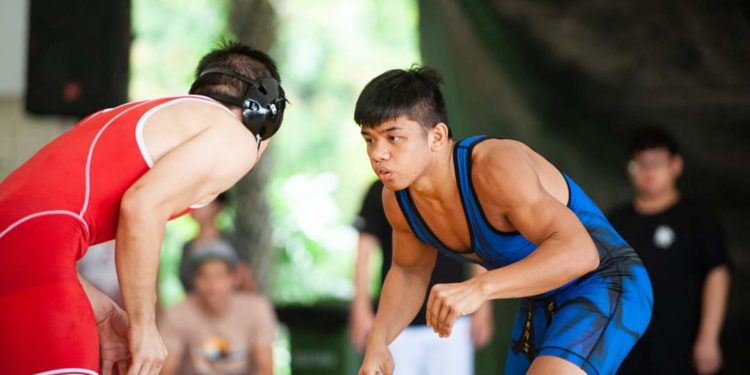 Originating in the 16th century, during the period of conflict between Siam and the Konbaung dynasty of Burma, Muay Thai was born after the capture of the heroic warrior Nai Khanom Tom by the burmese. He was given an opportunity to fight for his freedom, and allegedly defeated ten consecutive Burmese fighters to return to Siam a hero.

Now, in our modern-day life, Muay Thai is hailed as a full-body workout popular with combat sports enthusiasts. We speak to Nazri Sutari, Muay Thai trainer and decorated fighter in multiple sports, on his journey to becoming stronger with every hit.

I started picking up Muay Thai as a hobby when I was 18. At that time I was a competitive fencer so Muay Thai just something to keep my mind of fencing for the time being.

After 2 years of training on and off in Muay Thai, I had my first fight which I won.

From then on, I decided that I wanted to compete actively more in combat sports because the thrill of the competition excites me. I made the transition into MMA after a couple of months of wrestling and a little bit of BJJ and I realized that I am actually good at what I do so my path was set on competing and training martial arts extensively.

Besides being a martial arts coach, I am still actively competing in various combat sports such as MMA, Kickboxing, Muay Thai, Wrestling, Brazilian Jiu-Jitsu, Sanda, Sambo, and Pankration. I’ve held national titles in Sanda and Kickboxing, and have represented Singapore in Wrestling and Pankration. And I’m currently going to be representing Singapore at the upcoming SEA games in Sambo, a Russian Martial Art!

Along the way, though, I have come to accept that a fighter’s career is short-lived, and I need to find a way to make my lifestyle sustainable so I started teaching Muay Thai and MMA while still competing and training actively.

It turns out that I also enjoy teaching and sharing my knowledge with everyone. Teaching gives me another sense of purpose in my life.

Wow. What excites you most about your industry right now?

Sharing my knowledge and experiences with my students and seeing them enjoying training while improving at the same time!

What do you hope your students will achieve in your classes?

I hope that my students will be a better version of themselves.

If they can use martial arts as a tool for self-improvement and achieving what they set out to do, I feel that I have done my job as a coach.

We would love to know – who inspires you?

As a martial artist, Georges St. Pierre is someone that inspires me. He is a retired UFC welterweight and middleweight champion, and a class act both inside and outside the competition arena. He retired at his peak and made all the right decisions in his life and is an amazing role model for all aspiring athletes in the sport.

I am huge fan of his work so I would recommend his autobiography “Way of the Fight” to everyone I know because it details his personal life and how he overcomes his struggles.

What’s the best piece of advice you have ever received?

No matter how cool you may be, you are never cool enough to look down on anyone…ever. Always stay humble.

So, what have you just learned recently that blew you away?

My coach helped me sharpen up my left body kick so that it is more efficient. I managed to land that exact same kick to my opponent’s body in my last kickboxing fight and won by knockout!

Shameless plug for your business:

How can people connect with you?

Trick Or Treat! No-Fuss Activities For All ...

All You Need to Know About Our ...