Why Learning to Play the Guitar Would Be Your Best Investment Ever: Featuring Tueetor Thailand Guitar Trainer Patra E. 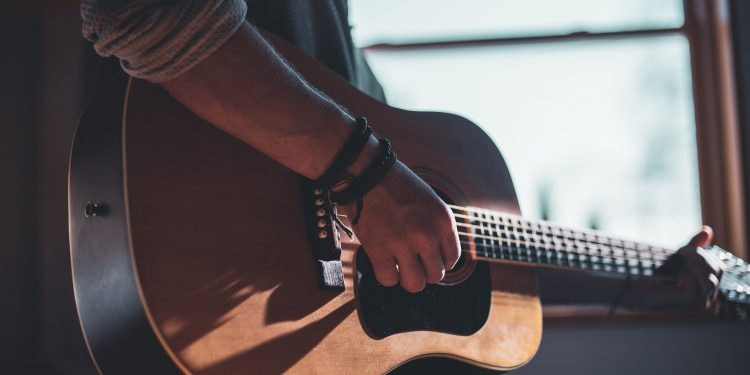 B. B King. Chuck Berry. Eric Clapton. Jimi Hendrix. Stevie Ray Vaughn. Jimmy Page. Chet Atkins. Eddie Van Halen. Keith Richards. Kurt Cobain. Carlos Santana. Bruce Springsteen. There is one thing that ties all these greats. And that one thing is the Guitar. 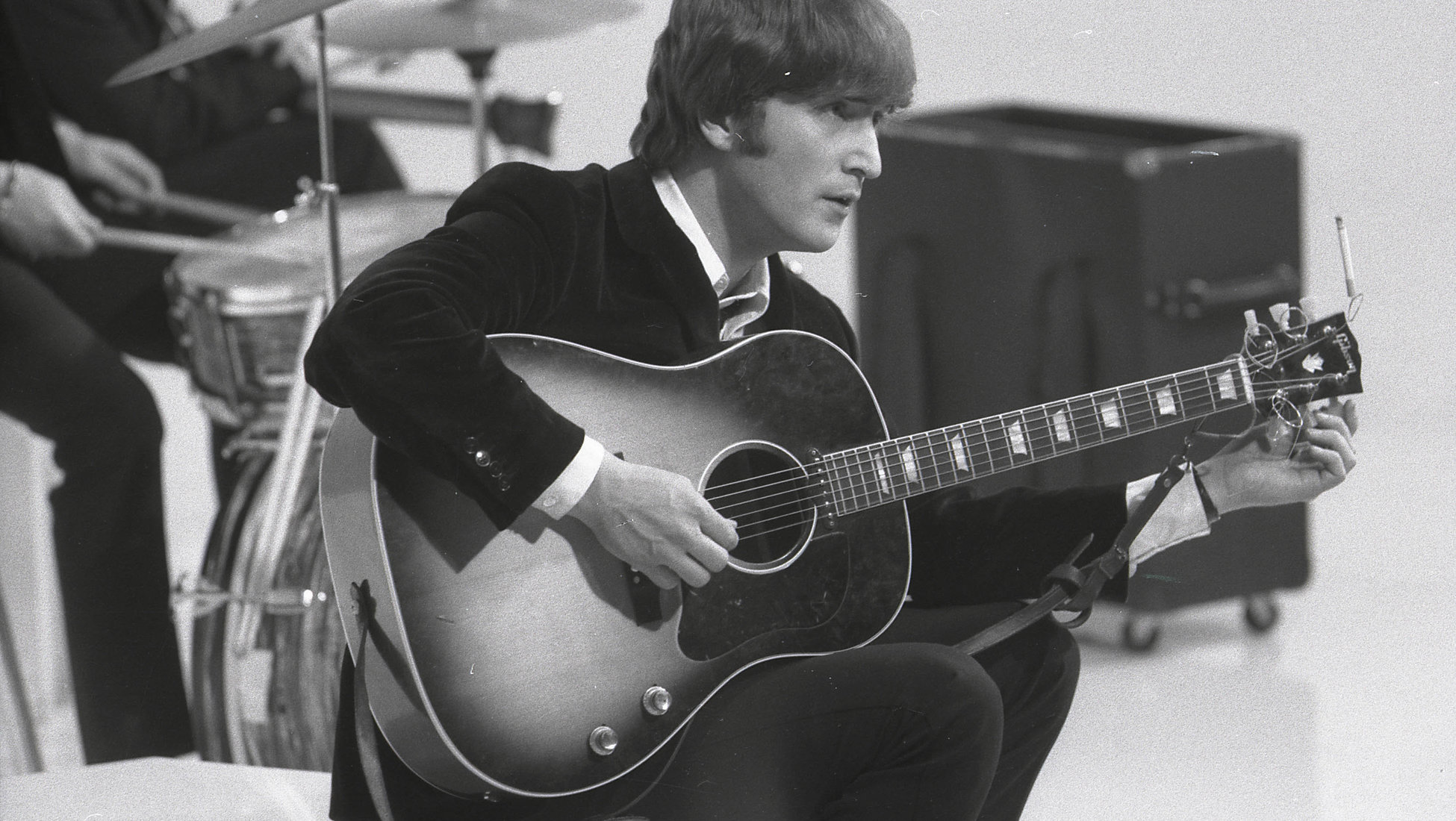 John Lennon (pictured here, image courtesy of catawiki.com) and his Gibson J-160 Acoustic Electric was among the world’s most expensive guitars ever auctioned. Fetching 2 million pounds on the auction floor, the owner John McCaw only realised that the guitar he had was John Lennon’s after some 40 years when a magazine article published in 2014 made it clear the guitar he bought at a second-hand shop for 145 pounds belonged to the frontman of the Beatles, as it had the same serial number and scratches. McCaw sold the guitar and spilt the profit with Lennon’s widow Yoko Ono.

My very first encounter with the Guitar was when I joined my school band. Here I was, surrounded by seniors and peers who seemed so multi-talented. Those who could play brass instruments such as the French horn, the trombone or the baritone or bass also seemed adapt at percussions. And those in the woodwinds? They could also seem to hold their own with the brass instrument players too. But the one constant that always intrigued me was, all of them seemed to know to play the acoustic guitar (and it was an instrument that was not even required at rehearsals or band practices). It was to me the most musical place in the world to be. And I just had to get up to speed, pronto.

The 3 basic Guitar chords of G, C and D. Image courtesy of Art of Manliness.com

When it finally came time for me to learn the basic chords to the first guitar song that everybody at band was indoctrinated by (Bread’s ‘If’), I was blown away. By the sweet notes, the ease by which the sounds are produced, how everybody could pipe in and sing along with you. The 12-fretted guitar felt at home on my lap even as my fingers started to blister to perfect the song. But you would be oblivious to the pain as you practised more and more chords, in order to be able to play more and more songs. The pinnacle of an acceptable repertoire, at least to me, was mastering ’Cavatina’ from The Deer Hunter and ‘Hotel California’ by The Eagles.

Be it for campfire, for breaking the ice, for wowing the opposite sex; the polyphonic instrument that is the Guitar makes it all the easier for producing the universal language that is Music. And I felt that when I was playing the guitar, I was definitely speaking it, and it just felt magical.

So now that you know the basics, it’s no wonder that the Guitar is crowned the most popular musical instrument in the entire world. And it more or less has been, since its reported historical use from the 12th century to-date. According to Quora writer Praloy Sangma, irrespective of any language, culture or music genre, the world most commonly played or used instrument is the guitar. From the flamenco to the blues, to jazz to rock, to folk and to classical, the guitar is considered the world’s most versatile, portable, and certainly the most affordable instrument that anyone can pick up and play.

And the sounds that I mentioned? They range from notes E2 to E5. This is the range where, according to Mr Sangma, most human vocal ranges lie; hence its popularity. Besides its affordability, portability, versatility, its expressiveness, its ability to be therapeutic and ability to unlock creativity for songwriting (I mean ? did you see the list of greats?), and ease of learning to play; it is one instrument that would require years of hard work to be able to master.

But you’re in luck. Tueetor’s Featured Trainer – and the first from Thailand in this series – Mr Patra E., is exactly the guitar master you would want to engage to learn your basics and gradually, to break out into your own, in terms of music compositions or, if you feel entirely at one with the musical universe like I did once upon a time… to become the next virtuoso (or your company’s or office’s Christmas main star). Not only did he graduate with a Diploma in Music, Contemporary Performance with a Major in Guitar, he also has his own (drumroll…) YouTube channel.

Here’s our exclusive Q&A with Patra and why learning guitar would be your best investment in a very useful skill ever. 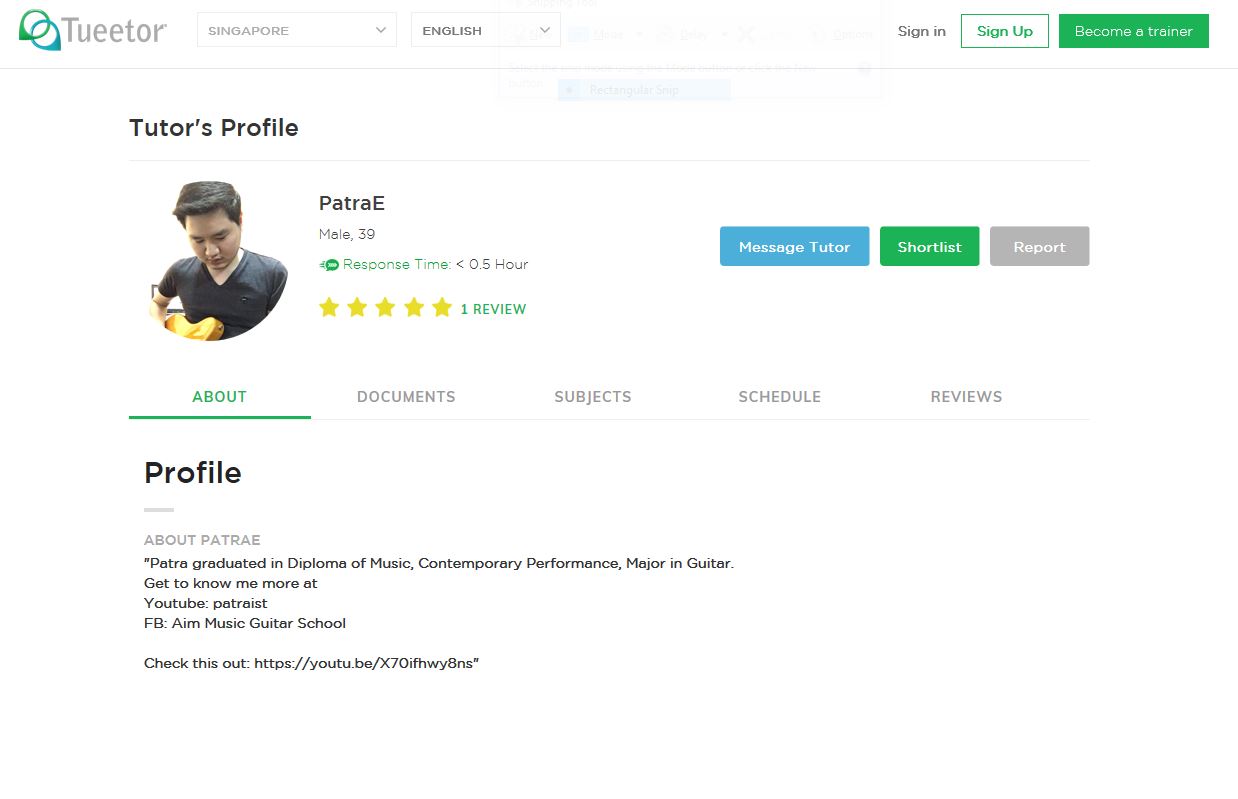 For our learners in Thailand, Connect with Patra E. who teaches acoustic, classical (also known as Spanish) and electric guitar.

Please tell us about yourself.

I graduated with a Diploma in Music, Contemporary Performance, with a Major in Guitar.I have been teaching for some 6 years at a music school, so I think I have enough experience to intuitively know what students want (out of learning the guitar) and how to teach each student in the right way to make sure that they will understand. This way they will be able to learn the basics completely and correctly. I teach both kids and adults and tailor my methods accordingly.

What are your biggest strengths being a Guitar teacher?

I can teach classical, acoustic and electric guitar – all with the right theory behind it, together with my fun teaching styles. Also, I’m able to teach in both Thai and English – this means I can communicate with both Thai locals and foreigners. Besides spending a number of years teaching in a music school, I also used to be a wedding guitarist and a former guitarist of a big organization. My students will be able to learn different techniques from me depending on their goals, because of the experiences I have had performing and teaching.

Why do you want to teach freelance guitar on Tueetor?

I have a day job actually, but I love teaching and I love the guitar. As a freelance guitar teacher, it gives me the flexibility to arrange my time after working hours and weekends. And yes, it would free me from set working hours.

Yes of course. Especially if I can find more students on a weekday and if it can generate enough income for me.

From a ‘Real People, Real Income’ perspective, how much do you reckon you can make if you teach freelance full-time based on working 5 days a week?

88,000 THB++ if I am able to get freelance assignments full-time based on working 5 days in a week.

What do you think about Tueetor?

I think it is an ideal digital matchmaker for online teaching with quite an effective algorithm.

Why should potential learners choose you?

I have plenty of experience and I know how to teach each student the right way. With me, if they would want to, they can also learn music theory and compositing. Also, they will get the opportunity to perform if they work hard and become good enough! 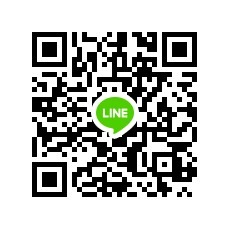 LINE us at TUEETOR. Or scan this QR code!

For more Tueetor content on our Featured Trainers in Indonesia and Singapore, click here. Written by Cecilia Leong, edited by Ling.

The Importance of Keeping up With Technology