Why Do We Celebrate Children’s Day? 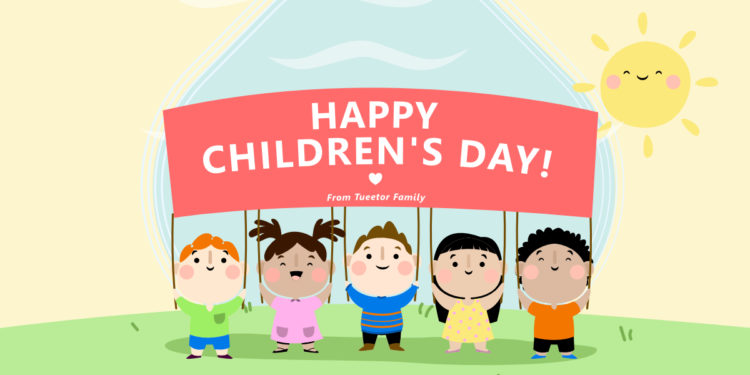 Happy Children’s Day! While you’re planning activities for your child and you this Children’s Day, have you ever wondered why this holiday was created? After all, isn’t every day Children’s Day with your young tots?

While many early versions of children’s day have taken place since the first recorded one in Massachusetts, USA in 1857, the first country to officially declare a Children’s Day was The Republic of Turkey. Since that day in 1920, other countries have followed suit and designated their own Children’s Days. Singapore declared our own Children’s Day all the way back in 1961!

For many of these countries, the intention is to have a specific day focused on children’s welfare, education, and growth. The aim is to encourage communities to celebrate children and their potential to contribute to society by ensuring their happiness and well-being. Through a series of special events dedicated to children, the hope is also that children themselves will be motivated to share this love and kinship with other children around the world.

However, did you know that no other countries celebrate Children’s Day on the same day as Singapore?

Previously, when Children’s Day was designated as October 1st, there were three other countries (El Salvador, Guatemala, and Sri Lanka) that celebrated with us. In 2011, Singapore changed the date to the first Friday of October, ensuring a long weekend for the kids.

There is a Universal Children’s Day, though, that is celebrated on the 20th of November every year. This was established by the United Nations in 1954 and has become more and more critical over the years as children make up more of the world’s population. In fact, according to a study by the UN, children will make up 90% of the next 1 billion people in the world!

In fact, Unicef currently has a petition for every child to be allowed to fulfil every one of these rights, to be sent to world leaders on 20th November 2019. You can sign the petition here if you’d like.

So what can you do to celebrate Children’s Day in Singapore during this long weekend?

For the large-scale events, there’s Octoburst!2019 at Esplanade, where families can participate in arts and crafts workshops or watch interactive performances that are sure to entertain the kids. Our Tampines Hub is also hosting a Children’s Fiesta until Sunday with ziplines, pinatas and a bounce house. Or why not check out the science-focused shows and experiments at SAFRA Jurong tomorrow?

If you’re looking for something in a smaller setting, classes for your child to learn the basics of art, music, or science could be a great choice as well.

Coursaver is Singapore’s largest course shopping platform, with over 500 courses available in a wide range of subjects with up to 50% off! Start looking for courses now.

Ace A-Math With These Study Tips From ...


Error: Connected account for the user tueetor does not have permission to use this feed type.

Try using the big blue button on the "Configure" tab to reconnect the account and update its permissions.