What Does Brazil’s Capoeira and Singapore’s Hawker Culture Have In Common? 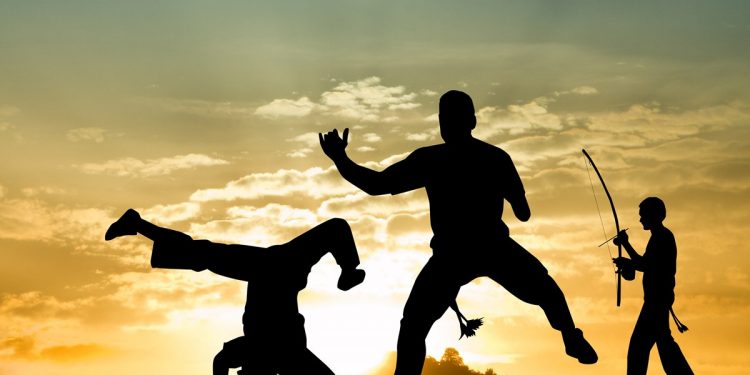 If you do not already know, Tueetor has launched AMUSE, A Most Unusual Subject Entry contest nomination on Facebook and Instagram. From now till 9th September, comment with what you’ve found on Tueetor Singapore, Malaysia, Indonesia OR Thailand, THE most unusual subject, according to YOU. (20 selected winning comments will win USD50 worth of App store or Playstore credits!) Besides Breakdancing which was featured on our previous blog, in this blog, I’ll be giving you a low-down on Capoeira.

What is it and what does Capoeira (pronounced ca-po-ei-ra) and Singapore’s hawker culture have in common?

The answer? UNESCO. More specifically, the United National Educational Scientific and Cultural Organisation, which has, since 1945, sought to build peace through international cooperation in Education, the Sciences and Culture.

Why? Because since 2014, the martial arts form of Capoeira or Capoeira circle, has been inscribed on the Representative List of Intangible Cultural Heritage of Humanity; a grant that gave Capoeira a special protected status. And Singapore’s Hawker culture is now being prepared for nomination by the Singapore government for the same honour.

Capoeira, the Brazilian-Afro martial art form is being offered by Tueetor Malaysian trainer Ahmad Fakhirinahmad, a Capoeirista (a practitioner in Capoeira) who has been training in the art form and other capoeiristas for the past 15 years and more.

Capoeira’s Not Only A Martial Art

Capoeira is a multi-faceted sport comprising musical, artistic, dance elements and is primarily considered a martial art form which is being practiced in some 160 and more countries. According to Wikipedia, it is a traditional Afro-Brazilian martial art that combines elements of music, dance and acrobatics. It was known to have developed in 16th century Brazil and is known for its quick and complex maneuvers, predominantly using power, speed and leverage across a wide variety of kicks, spins and other techniques, all against a circular backdrop.

As an Afro-Brazilian cultural practice, it is at once a fight and a dance, movements of which centre around 2 Capoeira practitioners called capoeiristas; who form a circle at the centre of which they engage with one another. The movements require great bodily dexterity, and the other players outside the circle, sing, chant, clap and play percussive instruments.

Bonus: You Get Fit, Learn to Sing in A Different Language, Play A Musical Instrument AND Fight

These Capoeira circles are formed by a group of people of any gender, age and comprise a master, counter-master and disciples. The master is a bearer and guardian of the knowledge of the circle, is expected to teach the repertoire and to maintain the group’s cohesion and its observance to a ritual code. The master usually plays a single string percussion instrument, starts the chants, and leads the game’s timing and rhythm.

All participants are expected to know how to make and play the instrument, sing a shared repertoire of chants, improvise songs, know and respect the codes of ethics and conduct, and perform the movements, steps and strikes. The capoeira circle is a place where knowledge and skills are learned by observation and imitation. It also functions as an affirmation of mutual respect between communities, groups and individuals and promotes social integration and the memory of resistance to historical oppression.

According to the Capoeira Blog maintained by capoeirista Faisca from the US, Capoeira is at once a widely communal and a deeply individual experience. It not only helps you build strength, flexibility, cardio and stamina, it also helps improve your social life; allowing you to meet new people, learn a new language – Brazilian Portugese! – and help you learn a new culture as well. Faisca was on point when he said that once you’ve caught the Capoeira bug, you will know instantly it is for you.

For more information on Capoeira, Breakdance or other Unusual subjects you may teach OR learn on Tueetor, download our app now at tueetor.com/apps, or call +65206 6660 or whatsapp us at 98833 867. Written/edited by Cecilia Leong.

Tribute to Teachers: You Change the World ...

How to Study Smarter, Learn Faster Not ...