How to Become A Magician – The Personification of Storytelling, Showmanship & Entertainment 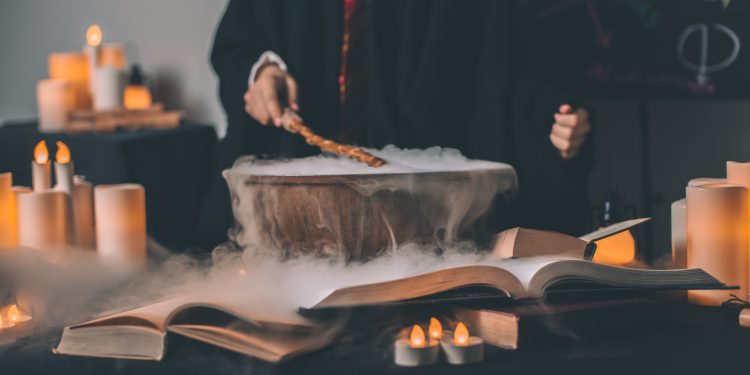 Have you ever watched a magic show? By ‘watched’ I mean to witness a really good magic show up close, personal and ‘live’? If you have (like I had when I was extremely fortunate to have watched David Copperfield and his death-defying duck Webster* at two of his signature shows when he was in Singapore a long time ago…). Then you would understand when I say most of us come away with the feeling of profound awe, total confoundedness and many “how did he do that?”s, when we’re in the presence of a truly good magician. When the show finished, we also come away feeling buzzed, entertained, floored; much the same way we would feel if we stepped foot into Disneyland or Universal Studios, for the very first time. Well at least, that was how it was for me, when Mr Copperfield “flew” or “resurrected” his “dead” lovers on the show.

The Magic of Magic

To quote another American illusionist and magician ‘Peter the Adequate’, for most of us, people do not like to be fooled. Who in their right minds would like to have someone point out how easily they can be proven wrong about their basic assumptions “the card cannot possibly be in my jacket’s right pocket!”? The answer is, we don’t. But therein lies the true appeal – and secret of a good magician: fooling your audience is not enough. You need to be entertaining enough to take away the sting of being fooled. A truly good magician will not just be able to entertain you well, but will also be able to stage the trick, the act in such a way that the audience not only does not mind being fooled, they will actually enjoy it.

Peter the magician went on to state that when you get past the initial sting of having been proven wrong about your most basic assumptions, there is a certain freedom that comes with the discovery that we live in a world with infinite possibilities. He encapsulated what magic means to me when he said, “When we are fooled by a magic trick, we discover subconsciously that the world is not divided into just the right and wrong answers we have learnt.” In fact, why I enjoy watching a magician perform and entertain, it’s because subconsciously, he gives me back the space that I’ve lost since I was a child. And for that I will be forever grateful.

And to the penultimate magician, wonder is one of the greatest gifts they could receive, because it helps to remind everyone, the audiences included, that there is an infinite number of possibilities out there, and in the end, who would not want to live in a world where anything is possible?

Train to be A Magician

I don’t know about you, but I never thought that to become a magician is a process that anyone can learn and train in. As one of Tueetor’s Featured Trainers, particularly in Magic & Cardistry, Mr Ian Tan says it is not only possible for anyone from ages 6 to 60 to learn magic and to perform tricks, it is also possible to do so in a limited amount of time. But your commitment must commensurate with the focus, effort and energy, as becoming a good magician is about a consolidation of MANY skillsets, and not just about having a gritty zeal and many months of practice. Because when you go down this road of learning magic and becoming a magician under his tutelage, Ian says it’s part curriculum, part practice and part finding your own niche. To quote magician Peter, “there are those who say that a magician’s job is to fool people. But it’s actually to entertain people.” Ian clinched 1st runner-up in the Singapore Association of Magicians Close-up Magic Competition, and is a regular segment at corporate events both private and commercial.

To give you an idea of how rigorous learning to become a magician is, Ian’s curriculum includes basic concepts in magic including key terminologies in magic, introduction to the concept of misdirection, framing, 5 points in magic, showmanship as a technique, designing miracles as well as various miscellaneous theories in magic. But for children he recommends a stepped-down version of his curriculum and they may start with the rudiments of being a magician – sleight of hand and cardistry.

Yes Ian also teaches sleight of hand with cards, coins and other essential objects, which range from cups, linking rings and balls. The multi-talented magician is not only a sleight of hand expert, but he is also an Arts major, with a double Economics and Mathematics major. A truly authentic polymath and on the Tueetor platform too. For more information on Ian, visit his Tueetor profile https://tueetor.com/iantan. Or call Tueetor at (65) 6206 6660 or download our free app at tueetor.com/apps. Written by Cecilia Leong.

How to Study Smarter, Learn Faster Not ...

Teaching Your Kids to Measure Up!