Want to Help Your Children Excel at School? Get Rid of These 4 Limiting Self-Talk

By now, the average Singaporean student would have sat for Continual Assessment tests (or CA1s for those who are very much in the know) conducted at school. Further, there will be interrogations when results fall short. “Why lidat?” parents would ask. “I don’t know!” would usually be the answer. Or, “Why are you still failing?” “Cos I’m stupid!” comes the inevitable despondent reply. Jeremy Lee, a trainer with More Than Grades shows us how best to counter this negative, limiting Self-Talk, and how as parents and educators we should learn to correct ourselves and our children, to help them achieve excellence in school and in life. 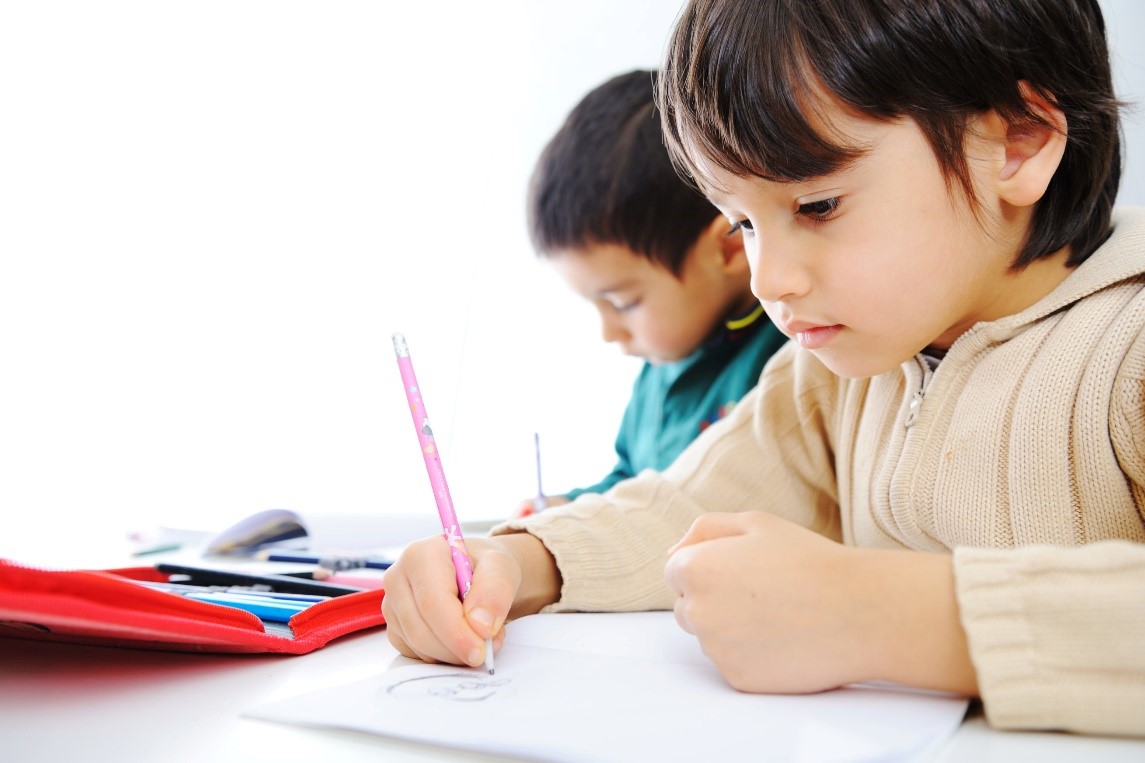 Checking what we say as parents and educators can improve our children’s well-being and self-esteem.

An average human being talks to himself using some 50,000 to 60,000 words daily. You might say “How is that possible?” and by that sentence alone, adds four words to the count. Some of this self-talk is positive “I can do it!” “Wow, I look great!”, while some are negative “I suck” or “What was I thinking?”

The point however is being human we tend to focus more on compelling negative thoughts thereby giving voice to them, rather than positive self-affirming ones. So, can you imagine what would happen if we continuously say negative things for an extended amount of time? Can you imagine your children repeating and eventually believing this negative self-talk? Here are the key no-no phrases to look out for.

Jeremy states that this is the number 1 negative phrase used by most students. Followed closely by “It’s impossible!” Both phrases mean the same thing really. When your child says this, what the child really means is “This is too difficult…I can’t even…I give up.” Or “I don’t intend to put in any effort to solve this problem.” Hence in their minds they would be thinking “Just give me the answer. You plan to do that anyway, right?” “Spoon-feed me. Isn’t that why my mom hired you for?” In this seemingly-innocent phrase, belies a student with a fixed mindset. 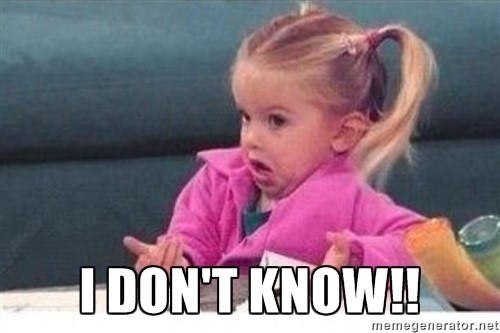 Our job as educators with limited time resources might urge us to simply give the student the answer to the problem, but that merely reinforces the underlying belief that learning is results-driven, and not about learning in and of itself. When this happens, what should be done is for educators and parents to lead and guide their children to try solving the problem all by themselves. Slowly but surely, the student might turn that around and instead of instinctively saying “I don’t know” or “It’s impossible” might just become “I’ll try”.

An oft-repeated and psychologically-damaging phrase told not only by some parents, but carelessly by teachers and educators as well. It might not have been your intention to utter “Why are you so stupid” to your child or student. It might have been spur of the moment. But children’s minds are as sensitive as they are impressionable. And they are highly dependent on us parents for love, affection and us educators for security. Hence when we use a phrase like that, children tend to take such proclamations much more seriously, potentially having a much more devastating effect on their perceptions of themselves and their abilities, aka making them slowly buy into the oft-uttered phrase. 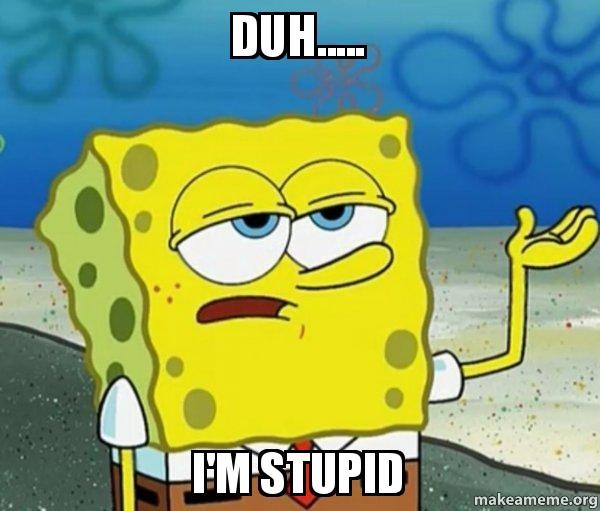 Jeremy’s recommendation for students who find themselves in this position would be to drum up all the resilience and self-belief that you can muster. He says that although we are not able to control what other people may say about us, we can however control our thoughts and learn to control our emotions and turn those negative comments into positive motivation. Tell yourself that it was a reactionary response and that all of us, even our very own parents and teachers, were novices at learning at one time. And get off that bandwagon right away. Stop saying it simply because, it’s not true.

On the other end of the spectrum, when a student utters those words, he believes that once he knows everything about a subject, he stops learning. Jeremy states that it’s a clear indication that the student merely wants to learn the bare basic minimum that needs to be learnt, to achieve a mere pass in that subject. This is also a dangerous mindset to cultivate as it merely sets the student up to be overwhelmed once the subject surpasses the student’s ability. 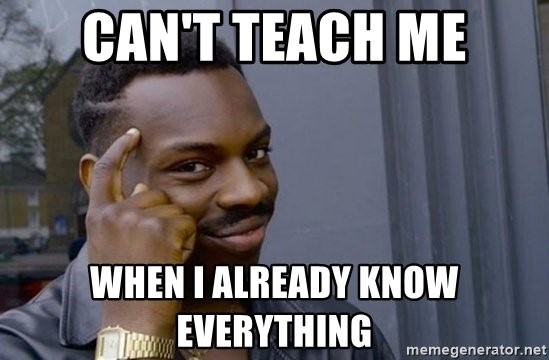 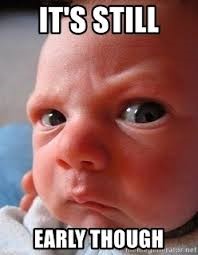 When a student says to himself “It’s still early”, it is not that they do not want to carry out a task, but they somehow feel there’s still plenty of time in the immediate future to complete the task. This leads to a habit of procrastination, which often ends with the student experiencing tight deadlines, panic and regret. The solution quite simply is to turn “It’s still early” into “Let’s plan.”

Teaching your students scheduling and time management skills will enable them to realize that being early or on-time for revision, rather than studying at the eleventh hour allows for bite-sized learning and reinforcement of key concepts. This allows them to monitor their own progress, effectively empowering them to feel responsible for their own academic growth chart.

In our own way we need to instruct our children that the emphasis isn’t on the acquisition of knowledge per se. And that the value is in what our children and our students will create, with the knowledge that they acquire, as stated by renown American educators Steven W. Anderson and Shaelynn Farnsworth.

In conclusion, none of us – parents, teachers, tutors or educators, are perfect. And as parents and especially as educators, we’re all going to utter words we wish we could take back at some point in our journeys with our wards. But it is important we listen to our children’s self-talk. We have to recognize what our children and students mutter under their breaths have a large impact on them as they formulate beliefs with what they say and act on them.

Referring to Edutopia’s February report on social and emotional learning, students who operate within safe spaces and allowed to practice regular self-reflection are more likely to take academic risks, engage in collaborative problem-solving and are more aware of their own strengths and weaknesses. Confirming what many parents and educators already know: that cultivating social and emotional skills can improve a child’s sense of well-being and lay the groundwork for not only academic but also personal success throughout their lives.

Jeremy Lee is a coach and trainer with More Than Grades, a Tueetor Premium Partner. More Than Grades aims to help students think critically and creatively to be prepared and equipped to face dynamic changes in future employment markets. To find out more, click here: https://tueetor.com/morethangradeseducation

KidZania: Wake Up the KidZ in You

A Mother’s LifeHacks To Get Children Off ...


Error: API requests are being delayed for this account. New posts will not be retrieved.